A fan noted that the Bongo Flava star was taken right under her nose by Kenya’s own Tanasha Donna as was her luggage on a Kenya Airways (KQ) flight.

But according to the bosslady, Platnumz who two weeks ago welcomed his third child, was found in the gutter where she left him.

“He was never stolen but was found in the gutters I had left him,” she responded. 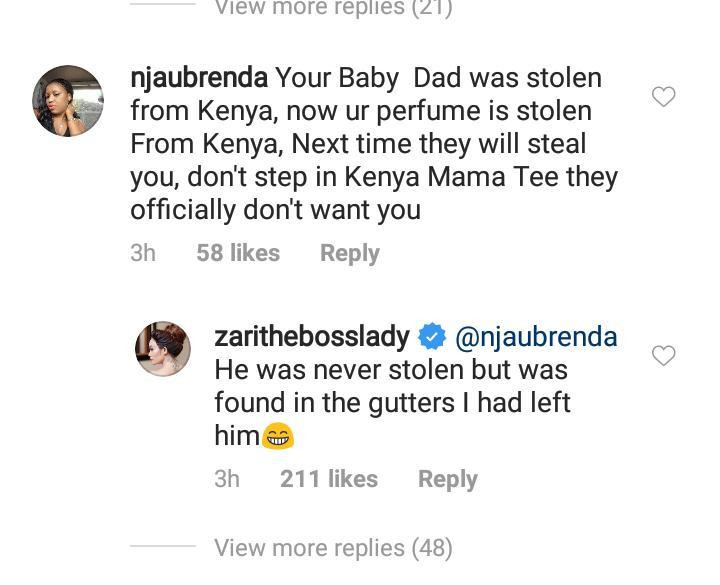 Zari and Platnumz broke up two years ago after he disrespected her in public with various women, she told BBC.

A year on, the Wasafi boss confessed to having being cheated on by Mama Tiffah with her friend and Nigerian star, Peter Okoye of P Square, claims she has vehemently denied.

In a rant that dragged on for months, the star said that he was not in love with his baby mama. She on the other hand, accused him of being a deadbeat father who last saw his children in 2018.

The two have since moved on with their lives; Platnumz is dating NRG Radio presenter Tanasha and Zari, well, she is married to a Mr M who the world is yet to meet.