Was released in April 2010 and has been the only tablet since then. It has no known competitors but just wannabes who were more of reactions than serious innovative devices. It has sold in excess of 8 Million units and a successor, iPad 2 is expected by April. It comes in Wi-Fi only or Wi-Fi + 3G versions with 16Gb, 32Gb and 64Gb being some of the HDD sizes we have. The devices has not been officially launched in Kenya and only launched recently in South Africa. But Elite Kenya which is the official Apple product distributor and Premium reseller, can sell you a brand new unit on order.

Running on Android OS, the Galaxy Tab has been a real reaction to Apple’s iPad and I have never taken it as a real competitor. Teh device is well much available in Nairobi from every corner selling it with prices ranging from Ksh 46,000 to Ksh 73,000. The Galaxy has very cool features which it comes with. These are like the turn-by-turn navigation, voice dictation support , Flash support .

At the just ended MWC, Samsung unleashed the Galaxy Tab 2 which is a 10.2″ device running on Honeycomb (Android 3.0). The Galaxy 2 also has a rear and front facing cameras in 3 megapixels and 1.3 megapixes respectively.  This device might be the fastest, among the new Tablets, to arrive in Nairobi. You can easily get Galaxy Tab I at Hilton Arcade, Westgate Shopping Mall, PhoneXpress Shops and also at PC World.

Motorola has been trying alot to gain the Kenyan communications market which it left for Nokia to control. I think that it was in the mentality of the US owners that we the poor Africans cant afford these gadgets. But Nokia taught them a lesson by the way they have controlled the market with premium and entry level phone. Motorola thought has continued to rule in the 2-way radio field. 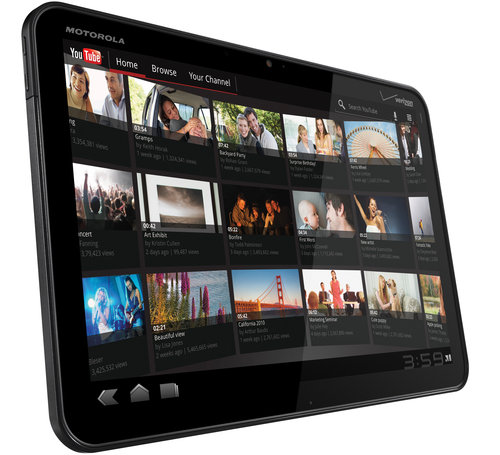 The Xoom was  introduced by Motorola at the 2011 Consumer Electronics Show in Las Vegas. It was the first Android 3.0 (HoneyComb) device. It was named as the best Gadget at CES 2011. We will have to wait and see.

I am an HP addict. I have an HP Home Desktop with very great specs and walk around with an HP DV6 Hig-End Entertainment machine. I believe in HP and dont think that you will easily convince me to go the Mac way because I am just not into the design thing. I used to be one of the best designers and Technical Drawing and then Drawing and Design Students at Onjiko High. I lost much interest because my dad thought it was a career of the lazy. He used to burn all my drawings. i just gave up.

But I would love to own an HP Tab. The machine apparently runs a Windows 7 OS is touting the 8.9″ Screen and has 64GB HD. The problem is that HP actually targets the enterprise users with this. Its like the ProBooks of the Tabs. That’s what might make me not dare touch it because the enterprise computers are just not my thing. I am so much into the entertainment machines. We might just get this device on the market through Reddington, Despec and RedDot Distribution system and also HP Kenya.

This is probable the most positively reviewed device or competitor to the iPad. RIm is not letting Apple have it easy in the Tab business like it gave Apple much problems in high end SmartPhones. Again this is an enterprise Tablet. So I wont indulge much because it is simply a buzz word for lack of innovation. No navigation and no much resolution with the battery life not yet known. But expect great Flash support, corporate server compatability and you will get it easily in Nairobi after launch. 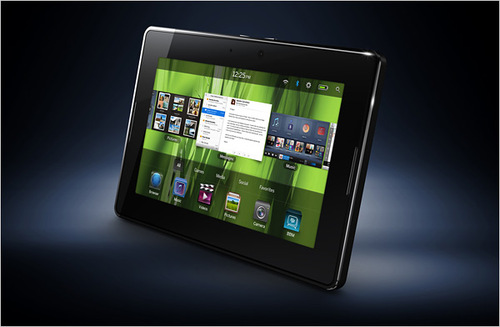 Which one will rock? Tell me which one it will be. Out of all the Tablets above. Xoom and iPad will Rock with Galxy following close by.

Back to Top
Close
Funding for Konza Technology City Approved

Tablets Which We Might Soon Get to See in Kenya