Nairobi Governor Mike Sonko’s daughter Saumu Mbuvi is defending her fiance, Lamu senator Anwar Loitiptip who was on Sunday accused of impregnating a woman, Hanifa Were.

Addressing journalists, Ms Were said she met the legislator on Facebook in April and later moved the conversation to the Messenger application.

According to Were, 36, she traveled to Nairobi where she spent a couple of days with him at his Nairobi home. Three weeks later she found out that she was pregnant.

Since then, she said, she has been receiving threatening messages from Loitiptip and has been on three occasions been trailed by suspicious looking people.

But according to the senator, Were is trying to force things.

Saumu on the other hand has asked women to get their own money and stop using men as their financial “get through.”

“Show someone the nudity of your soul by making him a better man but mot destroying him, help him work out more deals or open more business than just spending his money, work out with him how he can leave a better legacy to his children than just be there to tarnish… if you have nothing better to add to a person leave them, how you found them,” she wrote in part.

She further noted that women of nowadays are just lazy and taking a shortcut through life by getting pregnant by wealthy men.

“I see woman coming out saying how they had a relationship with so and so… let’s be clear if you want my respect tell more than you offering sex, tell how you did business deals together not just sex. This generation is full of lazy woman who think men are their financial get-through, you meet a man you immediately claim you are pregnant just to foolishly secure the bag and the advantages that come with sleeping with so and so.

You loose yourself worth, if you want to know the kind of woman you are dealing with listen how they talk about a certain man , doesn’t miss three points without them mentioning money, blaah blaah money this money that. That’s why so many are taking the shortcut out to a point of putting a man in a septic tank for money. Its such a shame to be part of such a generation. Listen, this life has no shortcuts work hard for whats yours and let a man meet you halfway,” she continued. 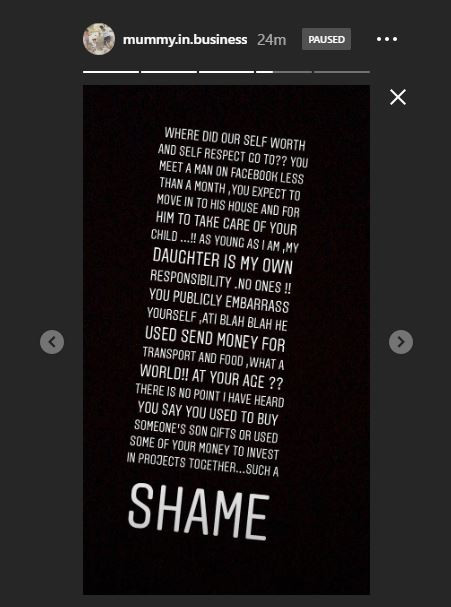 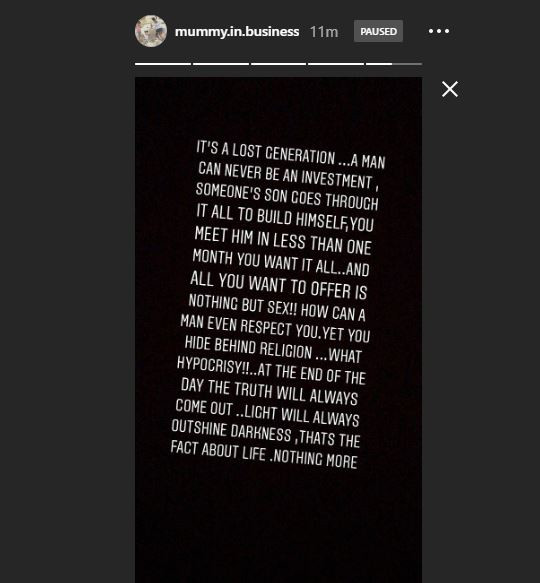 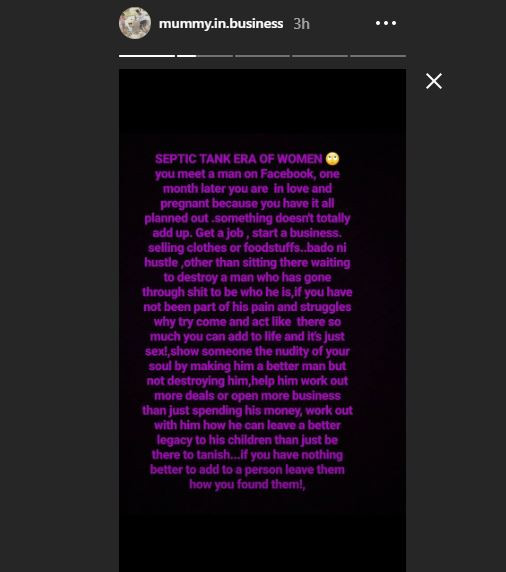