Gospel singer Niccah or better known by the stage moniker Niccah the queen was on Sunday forced to pull down a sexy bikini photo.

The Ushuhuda crooner shared the photo with her 100,000 followers on Instagram who thought it was unwise for her to share such a “raunchy” image.

Nicca, who has been on a weight loss journey deleted the image after sharing her thoughts with the critics. 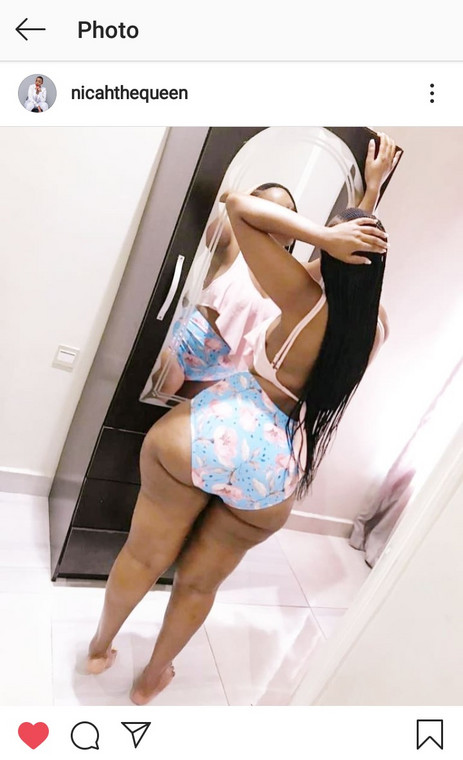 One fan fan in particular was bothered by her choice of attire. Joy Njoki said the swim suit did not glorify the name of God.

“Usifanye jina la mungu litukanwe, protect the name of God even if your image to people doesn’t matter @Nicahthequeen,” she wrote. 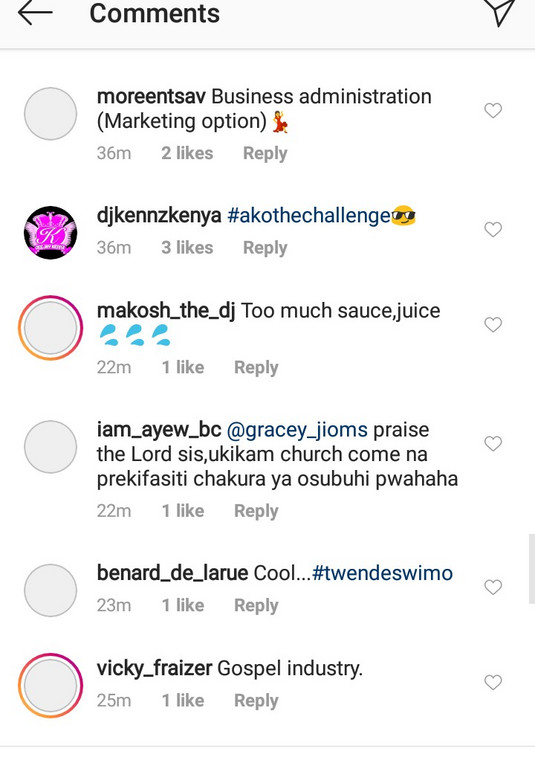 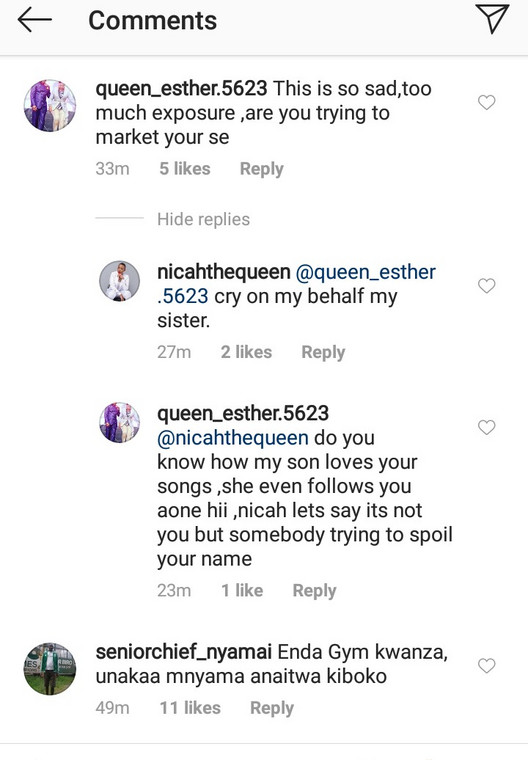 “Domestic violence is such a bad thing. I had to walk away. I had to run. Yes, I’m a single mum of two and I know God will watch over me and my kids,” she wrote on Instagram.

The funny man on his part denied ever laying his hands on his now ex-wife, noting that “it’s never what it looks like.”

The two have since moved on with their lives. In fact, Ofweneke in 2018 revealed that he is dating someone special and intends to put a ring on it.

“What I am sure is, I will marry soon and I am dating someone special,” Dr Ofweneke said.