A Twitter bot is a software program that sends out automated posts on Twitter. According to WhatIs.com bots can be useful, informative, annoying or dangerous depending on what the particular purpose is.

“Account suspended. This account has been suspended. Learn more about why Twitter suspends accounts, or return to your timeline,” reads a message users are getting after searching for the handle. 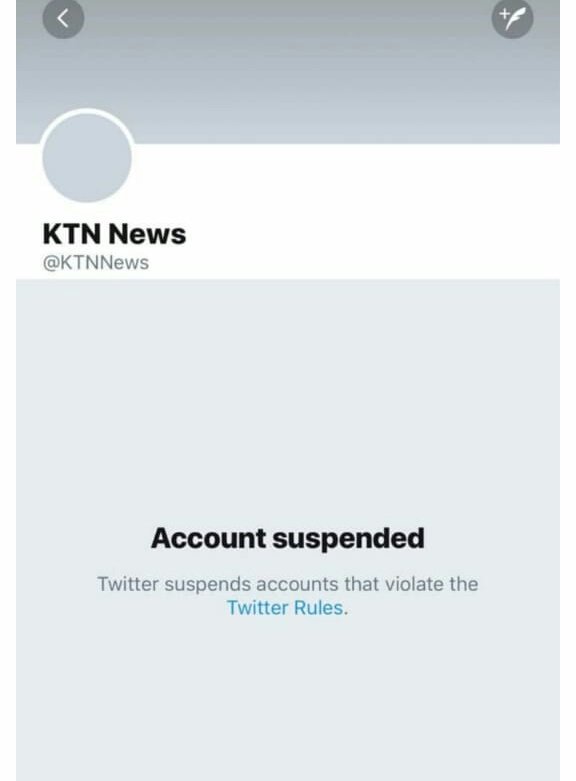 KTN has two handles; @KTNKenya and @KTNNews, both for sharing news updates.

It is not clear why the account with 470,000 was suspended. But according to Twitter, most of the accounts that they suspend are suspended because they are spammy, or just plain fake, and they introduce security risks for Twitter and all of the social media tool users.

“If we suspect an account has been hacked or compromised, we may suspend it until it can be secured and restored to the account owner in order to reduce potentially malicious activity caused by the compromise.”

On July 20 Consumer Federation of Kenya (COFEK) also had its account suspended.