A number of Kenyans have reportedly been scammed on a dubious app named Amazon Web Worker. Scrolling through social media, you will come across heartbreaking stories where people invested their hard earned money including rent, school fees and life savings all in the hope of reaping heavily from the app.

The pyramid scheme might have been able to rope in users by using the name “Amazon” which might have duped users to believing that there was a correlation with the giant tech company. This past weekend, a number of users were counting their losses online after losing after the app disappeared from the Google Play Store.

The app owners are still giving false hope to its users, alleging that the system is under maintenance. 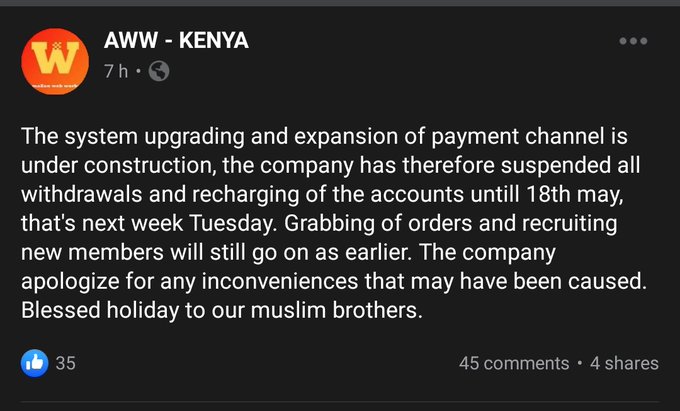 Read: No Deadline Extension For Saccos Yet To Comply With New Regulations – Sasra

It is not clear how much the scammers managed to collect, but users have reported investing as much as Sh300,000 in the app.

” My 21k is gone! I took a loan worth 25k and invested 20K after buying the 5K level. I only got returns worth 4k.” A lady identified as Vero Muraya lamented.

“I have lost 57K, God help me not to kill myself.” Sagana Philamon lamented.

“Apart from losing money, I had resigned from my job.” Maureen Emali quipped.

Amazon Web Workers provided a number of subscription packages for their users based on how much they could afford. They were then given different tasks to complete to earn money. From the posts, most people trusted the scheme as they were able to start earning from a basic membership that was free of charge. However, the attractive payment that came with referrals and other expensive packages made it harder for users to resist.

Read also: Eight Online Scams You Should Be Wary Of 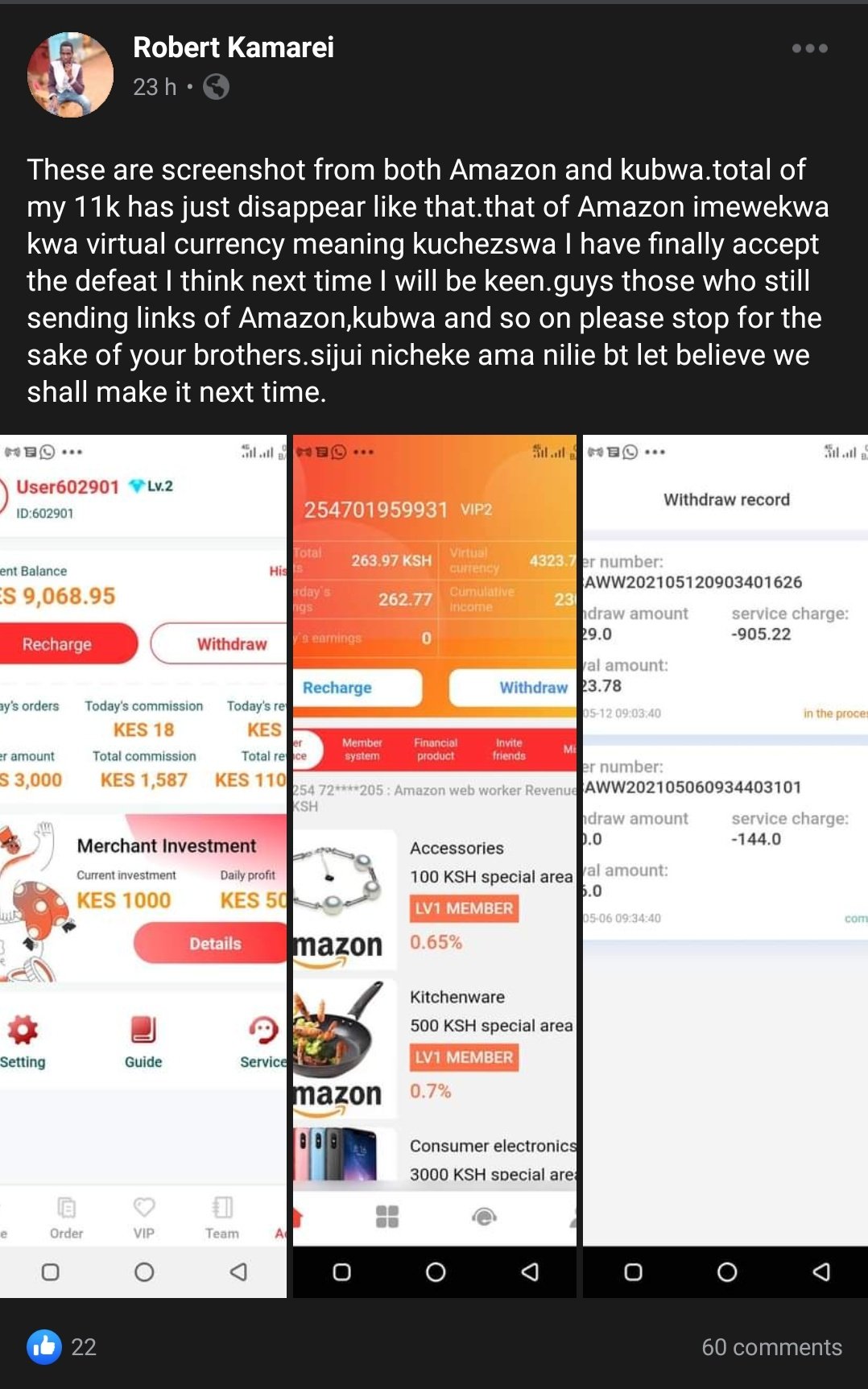 Some users have threatened to report the app to the authorities. However, there has been no official communication from the authorities or app owners regarding the issue.

Back to Top
Close
X
Africa Day Virtual Concert To Raise Funds For Families Affected by Covid-19…TECHThe Africa Day Concert Celebrations slated for May 25 will help raise funds to support families affected by the Covid-19 pandemic. Kenyan artists will…

X
Microsoft Teams Rolls Out Personal Service for Family and Friends…TECHMicrosoft is launching a personal version of Teams that will allow friends and family chat, video call, and share calendars, locations, and files easi…
Go to mobile version
%d bloggers like this: