Google is rolling out a new feature that shows users more details regarding data collected by apps and how it is used. The feature, which has been assigned a section in the play store, is being rolled out to all users gradually.

App developers have been given until July 20th to supply the required information to their listings. Google announced the development of the feature early this year with an aim of giving users more information and context as to how their data is used. The feature will show what data each app collects, how the data is used, whether they share it and their security practices. 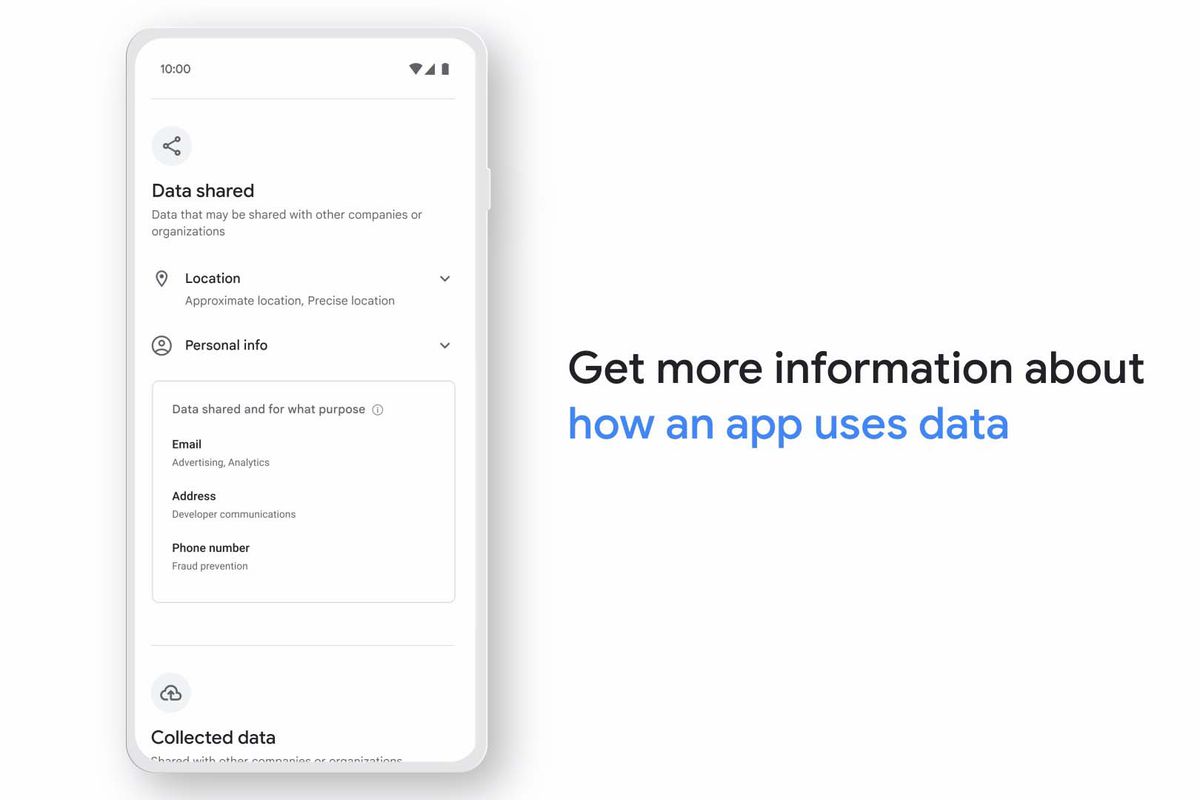 Google will also inform users whether a developer is in compliance with Google Play’s family policies and if their security practices have been validated by a third party.

According to Google’s support page, developers that fail to fill out the section or misrepresent apps’ data collection practices will have the app’s updates blocked or the app removed from plays tore altogether.

“Even developers with apps that do not collect any user data are required to complete this form and provide a link to their privacy policy,” the page says.

Google is following in Apple’s tracks after the tech giant launched a similar feature in 2020. However, Google notes that the safety section is not a replica of Apple’s, and as such, developers should not expect to share the same information on both systems.

“The taxonomy and framework of the Data safety section on Google Play may differ materially from those used in other app stores,” Google says on its support page.

The move is aimed at protecting users’ data shared with apps on Play store.

X
Instagram Testing Pinned PostsTECHInstagram is working on a feature that will allow users to pin their posts to their profile grid. The feature is currently being tested with a handful…
Go to mobile version
%d bloggers like this: