NTV journalist Dennis Okari has addressed “deadbeat father” allegations made against him by his ex-wife and K24’s Betty Kyallo.

Speaking to Word Is, the investigative journo said that he the claims are outrageous and come as a surprise to those who know him.

“The question about me being a deadbeat is what has been said or what has been written, but a lot of it is not true. One day you will come to know about these things,” he asserted.

“I have friends who know me very well and they get concerned when they read these things,” he added.

Last year, Kyallo while responding to a single father of two who commented on her social media pages, said “I’m all my daughter has.” 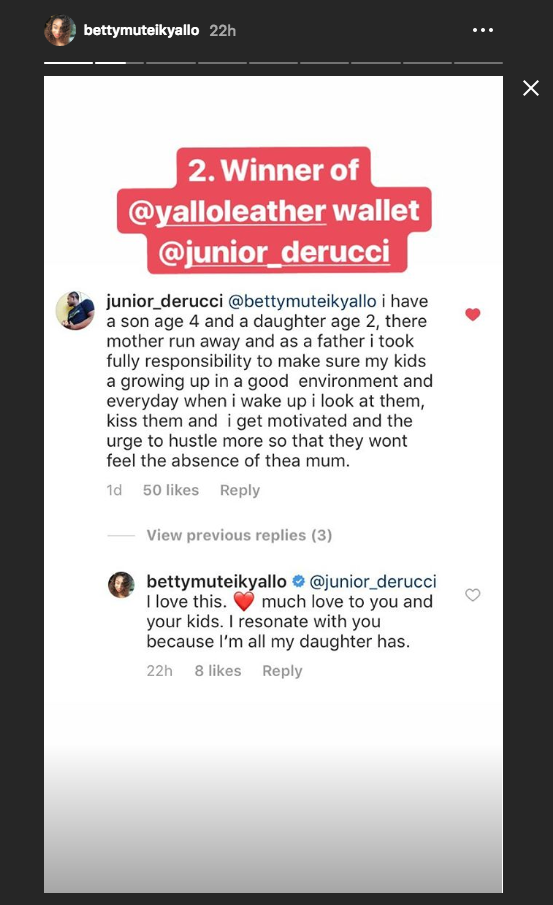 This was after Okari who exchanged vows with Naomi Joy on February 15 noted that their daughter, Ivanna should be allowed to grow up privately.

“My daughter does not deserve the kind of publicity she has been getting. She deserves to grow up quietly and no one, including myself as her father, should interfere with her rights to privacy,” he said.

Again in February, Kyallo affirmed that she and Okari do not co-parent during a Q&A Session on Instagram.

A fan asked, “How do you co-parent? Do you have a formal system or schedule?”

To this she replied, “I’m a single parent.”

Another fan asked Ms Kyallo to advice deadbeat dads who always run away from their responsibilities.

“Your advice to deadbeat dads?” read another question.

“Mungu anawaona. One day you’ll come back because these kids you sire and run away are always blessed”advised the Weekend With Betty host.

Betty Kyallo with daughter, Ivanna. [Courtesy]The journo has in the past fought depression and when it comes to dealing with trolls, he said that he only takes positive criticism.

“I chose what I take because people may troll you out of jealousy while others may mean well and they want you to improve on what they are criticising you about. I take the positive ones seriously and that has helped me improve so much in life because I am not perfect,” he is quoted by Word Is.

Kambua Turns Down Groove Awards Nomination, Opts To ‘Focus On Other Things’