The head of state has also appointed seven ambassadors who will serve as Deputy Heads of Missions and four officials to the post of Consul-General.

Further, Uhuru the president named an Ambassador and Special Envoy for the Maritime and Blue Economy.

He also promoted six senior Foreign Service Officers to the rank of Ambassadors at the Ministry of Foreign Affairs Headquarters.

Among those appointed is former ICT Permanent Secretary Bitange Ndemo who will be the Ambassador of the Kingdom of Belgium and the National Assembly Clerk Michael Sialai who is now the High Commissioner of the Republic of Namibia.

Former Dagoretti South MP Dennis Waweru will serve as a Consul General in the Democratic Republic of Congo. 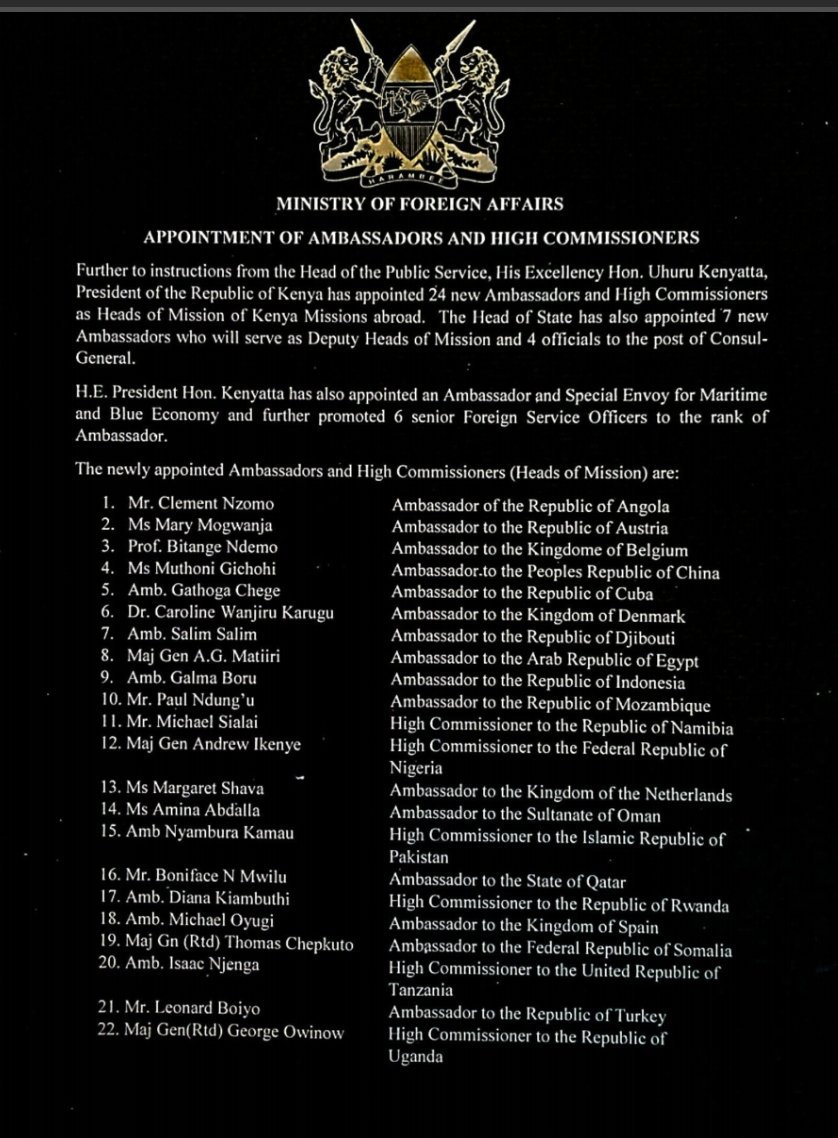 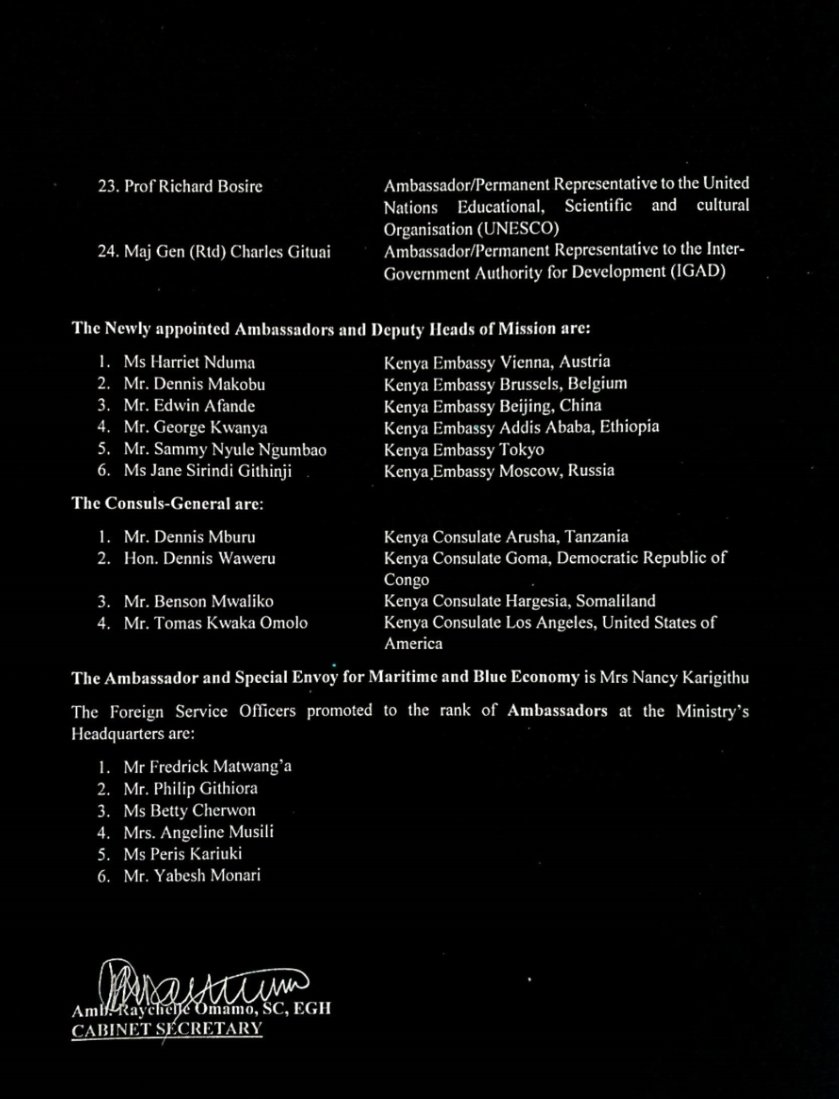 The appointees will be vetted and approved by members of parliament.

Back to Top
Close
X
5 ‘Haipingwi’ Gang Members Captured on CCTV Terrorizing Mombasa Residents Arrested…NEWSFive suspects have been arrested in connection with a series of robbery with violence incidents reported in Mombasa's Old Town early this week. The fi…