Apple will not release its foldable phone until 2025, an analyst in the smartphone supply chain, has revealed. The foldable iPhone, dubbed iPhone Flip, was first expected to be released in 2021, until it was pushed back to 2023. Reports indicate that users will now have to wait longer for the device.

If Apple releases a foldable iPhone, it will be up against Samsung’s Galaxy Z Fold and Galaxy Z Flip, the Motorola Razr, and possibly a foldable Google Pixel.

The tech giant is said to be looking into the idea of providing all-screen foldable notebooks. Apple is reportedly discussing the development of foldable notebooks with displays of 20 inches in size with its suppliers. 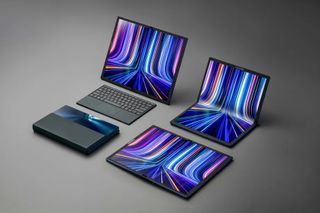 Read: Here are 7 Most Popular Mobile Brands When First iPhone Was Released in 2007

The gadget is expected to create a new product category for Apple, as it will be able to function as a notebook with a full-size on-screen keyboard when folded and as a monitor when unfolded and utilized with an external keyboard when unfolded. At the size Apple is looking into, the foldable might also allow for 4K resolutions or higher.

Apple has not commented on the issue.