According to Alvin a woman was duped by a man using his name and image on Facebook into sending a naked video of herself.

Taking to Instagram, he explained that he received word from a friend.

“Hi Alvin as I had told you, there is a person by your name and picture on Facebook and after a misunderstanding between me and him, he told me to connect him with my friend of which I did. Yesterday he asked for her nude video which she sent and they even planned to meet at Ridgemall Muthaiga,” read the message.

Alvin then said: “Please be aware of fake social media accounts using my name and photos.” 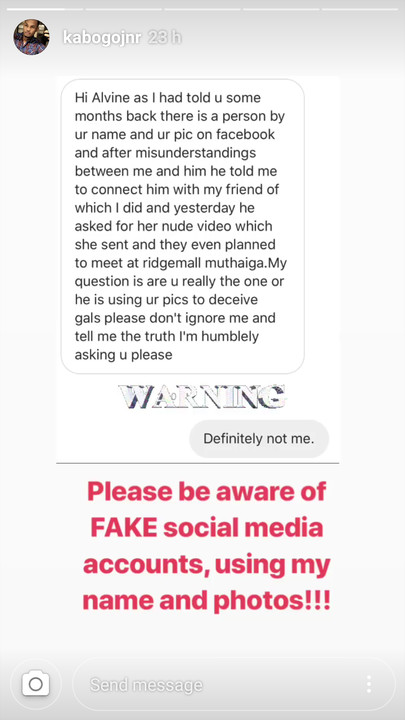 Alvin is known for showing off his father’s vast wealth; from the posh homes to the high end vehicles.

In the recent past, he took his followers on tour of their Iveco LMV, a military-grade vehicle manufactured by Italian company IVECO and is estimated to cost around Sh20 Million.